Q & A
CHAMPIONS
IN THE NEWS

Harry Reich grew up in Orem, Utah, where he spent many hours during the

summer riding his bike, fishing and playing Monopoly with friends.  He learned

on to working for a restaurant at age 16.

Harry served a two year mission for his church, The Church of Jesus Christ of

Latter-day Saints here in Oregon.  After spending six weeks at home in Utah, he

moved back to Vancouver, Washington and went to work building houses.

Later, Harry moved to Corvallis, Oregon, and met his wife, Heather. Together they

have had many adventures with their four children.  He has previously owned his

own business in Everett, Washington for 15 years, owned and ran a local

Harry refereed and evaluated High School basketball for thirty years. He has also been a Boy Scout Leader for twenty-five years. Many hikes, camp outs, and twice he went to Philmont Boy Scout Ranch, with a group of young men, which included a month long hiking and camping trip both times.

Harry began serving at the Men’s Shelter when it was located on 4th street for two or three years before he became the manager at the new site in 2017.  His leadership, sincere care, friendship with the men he serves combine well with his respect for rules make him a highly valued manager.

Shawn Collins grew up near Spokane, WA and has lived in Corvallis since 2003.

He and his wife moved to the area from Knoxville, TN to take a position on a global

Willamette Valley through his volunteer experiences at the South Corvallis Food

Bank, where his wife served on the board. While working at Hewlett-Packard, he

was chair of the site Volunteerism Committee.  Among other volunteer events

throughout the year, Shawn organized HP volunteers for the annual United Way

Day of Caring and for work with SAGE Garden, which provides fresh produce for

After leaving HP in 2016, Shawn worked at United Way of Benton & Lincoln

Counties, as the Program Manager for the Housing Opportunities Action Council

(HOAC) through 2019. In that position, he began working with area shelter and

service providers.  He was instrumental in securing the site that would become the Corvallis Men’s Shelter in 2017, where he serves on the management team. The current Mens Shelter builds on a long history of shelters in Corvallis and is made possible by the spirit of partnership and collaboration that is central to the Unity Shelter mission. 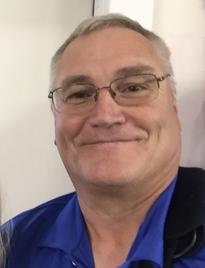 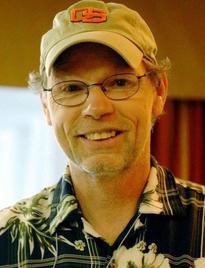 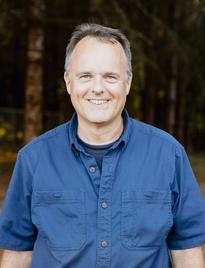 Mike Jager currently serves as the Volunteer Coordinator for the Men’s Shelter.

He is a career educator, lifelong learner and media maven who produces digital

Mike grew up on the south side of Chicago and settled in Oregon in the 1980’s.
He moved to Corvallis to begin a Masters degree program at OSU 2010. His

History in the Digital Age.

at the Shelter. When the position of Volunteer Coordinator came up, Mike tossed

his hat into the ring. Since then, he has worked to manage an ever growing

cadre of volunteers, advocates and supporters.

He is constantly surprised and impressed by the unwavering generosity and support of the Corvallis community on behalf of our homeless neighbors. Mike reminds us of how he is “blessed to witness firsthand the efforts by individuals, faith and service groups plus the community at large to address an otherwise vexing problem that challenges communities everywhere.”  In his spare time Mike enjoys golf, travel and ice hockey as a player and fan.